Write Like Justice League - 'How the Mother Box Affects Cyborg' 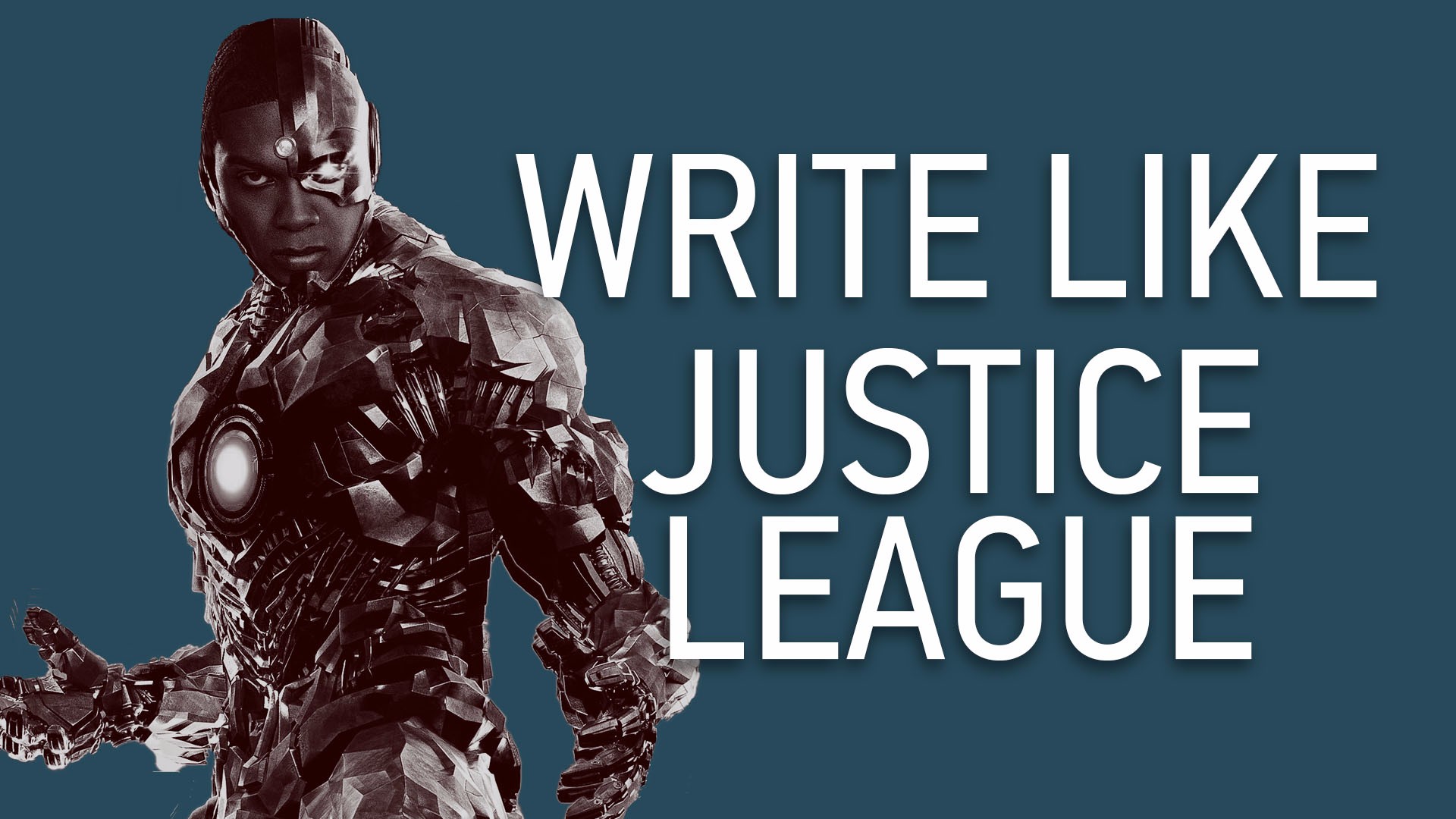 Justice League was the culmination of several of DC's movies that led into their big team-up. We had already seen Batman, Superman, and Wonder Woman on the big screen but now we got to get a great look at Aquaman, the Flash and Cyborg. These last three characters were essentially introduced in this film, which is a tricky thing to balance when you also have to tell a giant blockbuster story.

In today's Write Like video lesson, we take a look at Cyborg's introduction and the smart choices the writers made in order to integrate him with the main Justice League plot line. There was a lot to set up with Cyborg's character but they were able to tie it into the Mother Box, which was the set of devices our heroes (and villain!) were going after. This decision paid off and established Cyborg as a key part of the team.

Watch this Write Like Justice League video by clicking here!

We frequently post cool, free videos to help with your writing. If you love breaking down movies as much as we do, you're at the right place.